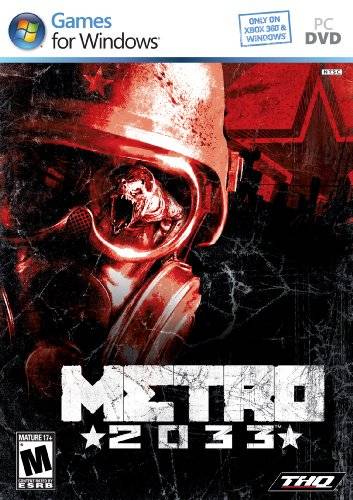 Oh yeah! After months of "Let's Play" inactivity (due to sickness and university), here i am again to tell you how to play a great game which now is only $10 on Steam, an awesome FPS with incredible graphics and deep plot. Ladies and gentlemen... Metro 2033!

Let's say that either Crossover XI and PlayOnLinux work the same, the only difference is a little performance difference. Let's take a look!

Oh come on, this program has never been updated for years, you can't even think about running this game on GameTree Linux.

Well, Crossover is being updated frequently, and it is now based on Wine 1.4, so i can tell you that Steam works perfectly. Installing the game from Steam means only to download over 7 GB and some runtime packages (which Steam downloads by itself). Of course it doesn't even need a noDVD crack. So i should say it works perfect. No way. Unfortunately, Metro 2033 is a great game, but it needs a big hardware, and the lack of compatibility of some Windows libraries makes the game very slow at high details. Also, remember that on Linux (it doesn't care if you use Crossover or Wine), Directx 11 are not supported, so you can only play the game with Directx 9. Anyway, at low details, you can play the game and enjoy it. So:

Same as Crossover XI, but there's a little FPS boost (a couple of frames, nothing more). So:

First of all, my hardware:

I already said that PlayOnLinux (1.5.5 wine version) gives a little FPS boost. Let's take a look at the graphs:

As you can see, even on Windows i have "only" 27 FPS (average) at very high details. That means the game is heavy. If you want to play the game, i suggest you to choose Wine/PlayOnLinux.

The process depends on your speed connection. For me (600 KB/s), it took me about 3 hours.
At the end of the installation process, and when clicking on "play" Steam will download some other runtime packages (other 2 or 3 minutes).


Sorry if the video stutters, but the game is pretty heavy and it ran while FFMpeg was recording, so there was a FPS drop.

That's all. Feel free to send me an email or leave a comment if you got some problems or if you just wanna ask me a question. I will always answer you!
Pubblicato da Unknown a 14:25